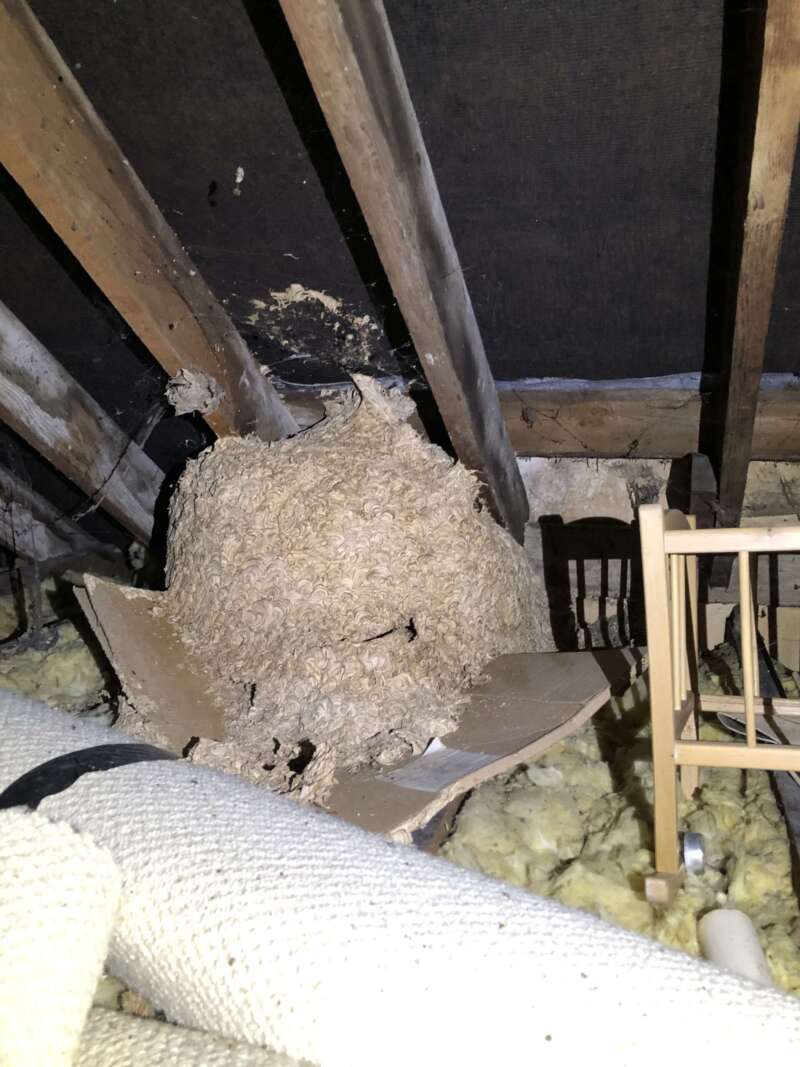 I came across this monster in a loft recently. For those who don’t know what it is, this is an uninhabited wasp nest from a previous year. As temperatures begin to rise this year as we head towards the spring and summer months we will start to see an increase in the number of wasps flying around our gardens and homes.

The ‘Queen’ wasps hibernate over the winter to emerge in spring and, depending on the species, choose a suitable site to start the new nest. Old wasp nests from previous years are not used again. The queens start off by collecting wood which they then chew up with their saliva to make a kind of paper mache or wood pulp to begin forming a nest. They prefer dark, dry and secluded places, anywhere away from disruption. The queen then lays eggs one by one in the cells within her nest. Once these eggs hatch into larvae she feeds them with protein rich food from insects that she feeds on. These larvae eventually spin a silk cap over the top of their cell, before pupating into an adult wasp, similar to how a caterpillar turns into a butterfly. By a normal July there are enough worker wasps to take over the duty of nest building, collecting food and feeding the larvae, leaving the queen free to concentrate on egg laying.

Around September time and as autumn takes hold the nest has reached its maximum size and all of the larvae have pupated. The remaining worker wasps can no longer feed on the sugar solution provided by the larvae. This means they look outside of the nest for food. People often see increased interaction with wasps e.g. in beer gardens towards the end of the summer and autumn as these workers search for sugary foods, plus carbohydrates from foods such as crisps.

At Mission Pest Control we offer safe and convenient solutions to get rid of your wasp problem quickly.

Pest Control For Your Restaurant

What to do if you’ve got a bee’s nest?